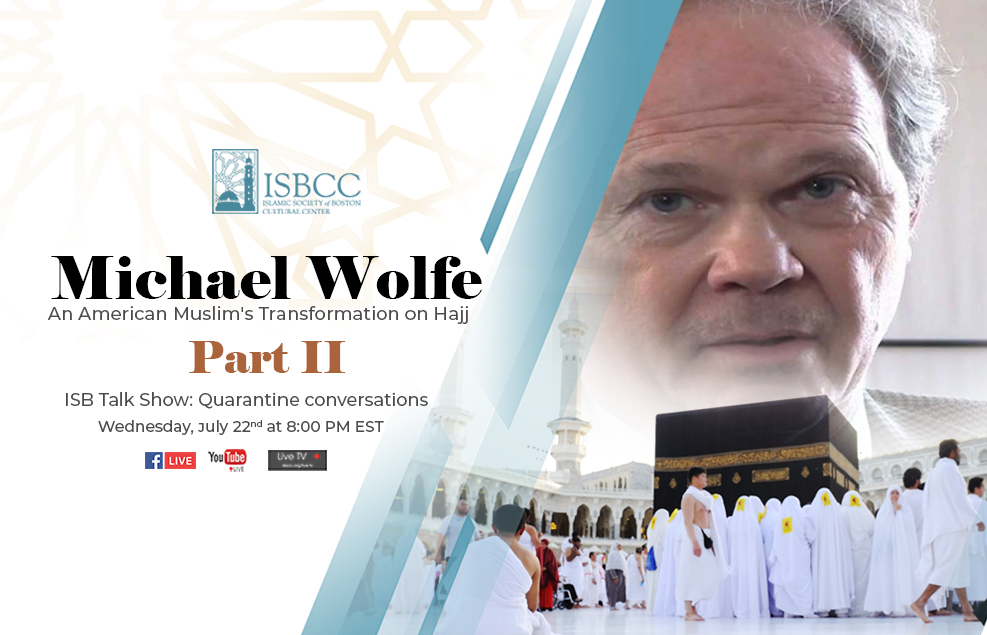 An American Muslim's Transformation on Hajj

Michael Wolfe is a poet, author, and film producer. His first film, a 1997 "Hajj Report from Mecca" for ABC Nightline, was nominated for Emmy, National Press Club, and George Polk Awards. In 1999, he co-founded Unity Productions Foundation with Alex Kronemer. In 20 years, UPF has produced eleven award-winning documentary films on Muslim themes.

As an author, Michael has published  ten books of poetry, fiction and travel. He has been an Amy Lowell Traveling Poets scholar and a resident at the MacDowell Colony. His books on Islam include The Hadj, An American’s Journey to Mecca (Atlantic Monthly, 1993), and One Thousand Roads to Mecca (Grove, 1997), on which the British Museum based a 2012 Hajj exhibition. He has also published a book of ancient Greek poems in translation with Johns Hopkins University Press (2014) and edited a book of post-9/11 essays, Taking Back Islam: American Muslims Reclaim Their Faith (2002).

Michael was born and raised in Cincinnati, Ohio. In his mid 20s, he settled in North and West Africa for several years. Since then, he has lived in Northern California. He is a member of the Religion and News Service Journalism Advisory Council.

Election 2020: How we move forward as a community with Sr. Ndidi Amatullah Okakpu

Working from Home While Home-schooling; How to Manage With Christopher T. Willard, Psy.D.

An American Muslim's Transformation on Hajj with Br. Michael Wolfe

Hope and Coping Through Hard Times with Dr. Elizabeth Marcellino
«
Prev
1
/
4
Next
»