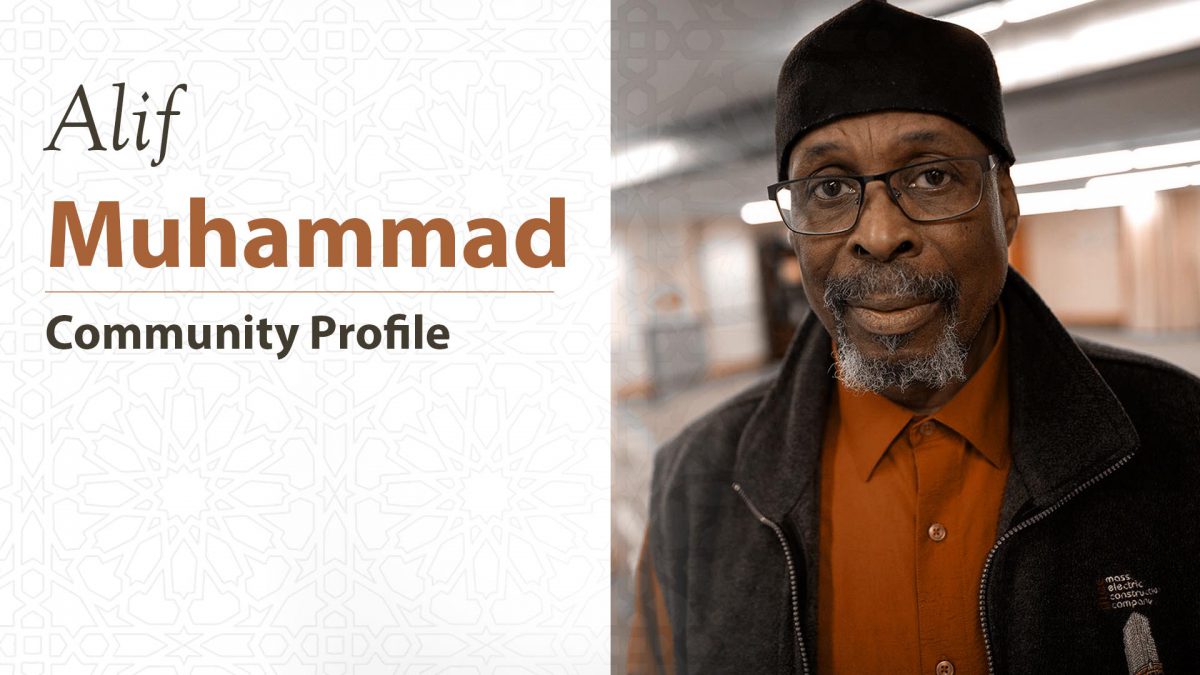 Among the central gifts bestowed upon the ISBCC by Allah has been those incredible community members who have practiced a Prophetic ethic and modeled it for all of us through their actions. People like Muhammad Ali-Salaam, Justice Ismail Laher, and Boston’s very own Ella Collins teach us through their stories and struggles how to follow in the footsteps of our beloved Prophet (SAW) in contemporary life. Each month the ISBCC will be featuring a Living Prophetically Community Profile to highlight how one of our own has been an exemplar of the Prophetic life. We pray that we can learn from these great models and implement their ethos in our lives.

What do we mean by Living Prophetically?

Men and women of the sports world have historically been some of the most effective leaders for social change. The intersection between race and sports in the United States has a long and complicated history. The debate over the separation of sports and politics is almost as controversial as that of church versus state. However, that has not stopped some athletes from using their platforms to fight racial discrimination. There is a rich tradition of athletes protesting racism in the US from Muhammed Ali, Tommie Smith, John Carlos, Mahmoud Abdul-Rauf, and the list goes on.

This month for our Living Prophetically Community Profile, we look to our very own Alif Muhammed of “Syracuse 8”; a group of African American members of the 1969-70 Syracuse University football team who petitioned for racial equality on their team. The student-athletes wanted better medical care for injured players and stronger academic support. The group also called for an equal opportunity to compete fairly for any position on the starting team and for racial integration of the football coaching staff. The students held firmly to their list of demands until it was met. Ultimately, the “Syracuse 8” were blackballed by the National Football League for their petition.

Alif Muhammed, one of the student-athletes of the “Syracuse 8”, gives his personal account about what was happening then and his views of the political discourse surrounding race and sports of today.

Give us an overview of what was going on in the country as it relates to race relations and politics in the late 60s?

I am not a politician nor an expert. But what I can say is that my opinion is whatever is written in the Qur’an, which can show us how to most effectively deal with our present situation. Pop culture influences us and but there is also nature, revealed knowledge and information that also influences us. We have a choice. Allah swt gives us an ability to chose and we need to chose what is most important to save us and our families from the hellfire. As Muslims how do we overcome these wordly hangups? Where does racism come from? It started from the Shaytan. “I think I am better”. If you think, “I am better” or “better color” or “better race” or “from a better geography”, your way of thinking has some issues.

A great American once said “Boston doesn't have a race problem. Boston has a mind problem”. We are supposedly in the mecca of the modern educational world. Why are we caught up in these petty things? Allah is not concerned about them. There isn’t a scripture that talks about human beings based on color. I am not a color in a crayon box. Allah talks about one soul and from that he has created everything else. Who do I listen to the Shaytan or Quran and Muhammad pbuh. We have a problem in the way we treat others as human beings. We need to address that. Syracuse 8 was about bringing justice and equality to everyone.

If you are young, you are the one who will bring about the change and become revolutionary.

What inspired you and gave you the courage to take the stand you took, at such a young age?

This was 1970, it took 30 years for them to give us [Syracuse 8] the opportunity for us to share our story. Everyone spoke on our behalf but they didn’t ask us. What helped us was that we had each other; the brotherhood; a team to lean on so we could do what was right. Nobody should have to go through the things that we went through. We wanted to bring about change for the better. We didn’t know the consequences. We didn’t realize what we were going up against. We were like David and Goliath. We were trying to do what was right. History speaks to where we were at during that moment. We were trying to do what was right and what was best for people coming behind us.

How old were you, and what were your biggest concerns, fears, aspirations, dreams at the time?

I was 21 years old. My goal at that time was to get my degree and play professional football. My mind was focused on football. If it wasn’t for football, I wouldn’t have been a civil engineer and education wouldn’t have been a number one priority for me. Football was a vehicle for me to do pursue my education. Having a scholarship allowed me to study engineering and minor in mathematics. I thought then “Wow, this a good deal”.

At 21, I thought we had to do this (Syracuse 8). In my position, the M.O. [modus operandi] was that there was a star [black] athlete, who was put in the same position [as I was but didn’t go against the grain]. However, there were other [black] athletes who signed a petition that they didn’t want to play at segregated schools. They were fed up staying at different hotels and travel in different transportation than the team. This happened in the early 60s.

Here it is in 1969, and the same scenario is applied and I am in this position, where the coach casts me, the star player, and says, “Big Al we hear we have some race problems?”, and I’m supposed to say, “Coach, I don't have any problems”. I’m the star ball player and I have sponsors who are taking care of me [to keep in mind]. But I couldn’t say that because of my roommates and teammates. We had problems.

Did you have an inclination of the impact taking this stand would have in shaping your life?

Not at all. I thought I am going to get my degree and I’m going to try out for a [football] team. Someone [a sports team] was going to pick me up. I have skills. I have talent. I was the number 1 back in the country. I thought I would lose some money, but little did I know I would be blackballed and banned from my future career.

What are your thoughts Colin Kaerpernick and his situation?

Before Kaerpernick, there was the Syracuse 8. Also before Kaerpernick, there was Tommie Smith, Juan Carlos, the Wyoming 14, Muhammed Ali, Jim Brown......athletes always have been out front. We were always looked up to. We were always some kind of role model. When we look at the African American community, athletes and entertainers are always pointed at not the lawyers, doctors and politicians. Which is strange to itself. But leadership comes from all walks of life. My uncle who couldn't read or write was a leader in my life. You don’t have to have degrees to be a leader. A good mother and good father is a good leader.

A good brother who cared. A good muslim. A good parent. He tried to make this place a better world for everyone. Allah is well-pleased with him.

What are the lessons that you learned from your experience, and what advice would you give modern day social activists?

Find people you can trust and you can work with. But don’t be afraid to go at it alone, because sometimes you will see and hear things that no one else is doing.

If you had the chance, would you change anything?

I have a wife. I have 7 children. I have 6 grandchildren and one on the way. Change that….I don’t think so.

*Some of the statements were modified, added and deleted for this article placement.

The struggles and endurance of Alif Muhammed and the rest of the men of Syracuse 8 provide ample examples of how to align ourselves closely to the life of the Prophet Muhammad (pbuh). Alif Muhammed has shown us our knowledge is always best rooted in the principles of Allah. “Pop culture influences us and but there is also nature, revealed knowledge and information that also influences us. We have a choice. Allah swt gives us an ability to choose…” It is when we take divine knowledge and put into practice we can better serve others in mutual fraternity. “What helped us was that we had each other; the brotherhood; a team to lean on so we could do what was right”. For lasting and impactful change that cures our societal ills, we are reminded by Alif Muhammed that we will only find success if we strengthen ourselves with revealed knowledge that is put into action and supported by fraternity.